Refer to a friend

The Best Brain Food to Sharpen Your Memory & Focus 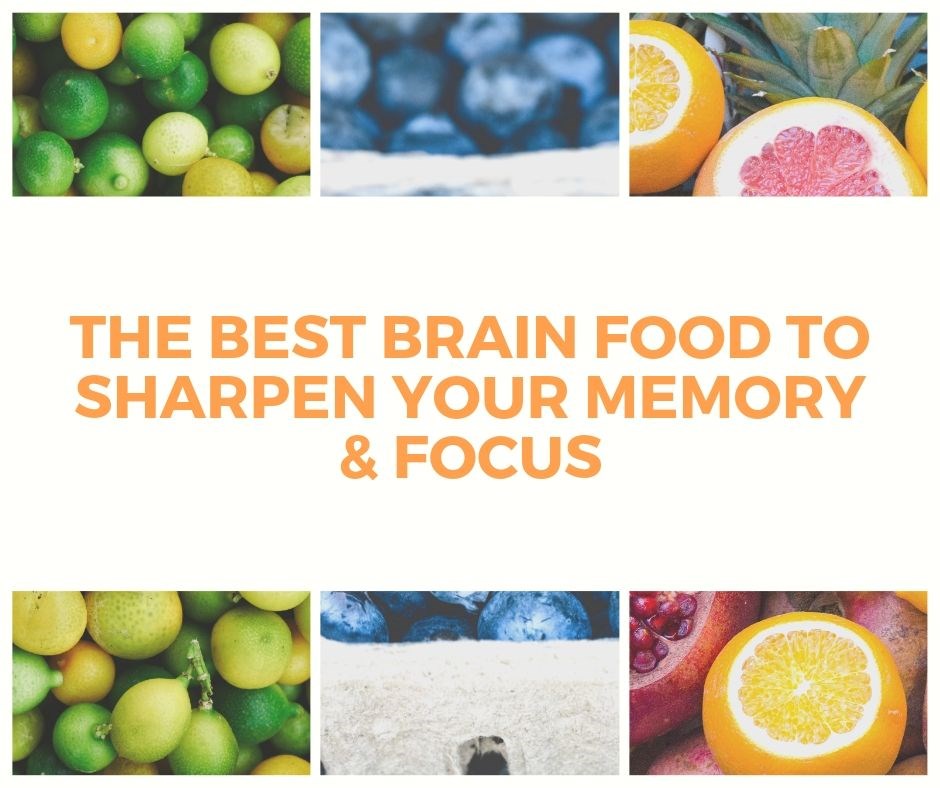 This great article is a must read from - https://blog.paleohacks.com/brain-food/#

Perhaps an extra boost of brain power would allow you to perform 50% better at work, which would result in the raise you’ve been hoping for. Or maybe, increased mental stamina would allow you to finish the side projects you’ve been putting off—rather than feeling like your brain’s turned into a pile of mush by the end of the day.

Unfortunately today, instead of having mental focus, concentration and alertness, many of us feel clouded by a thick layer of brain fog that turns us into mildly functioning zombies, preventing us from reaching our full potential. And while there are many factors that can contribute to cognitive decline (such as chronic stress), your diet also plays an essential role in how well your brain functions. 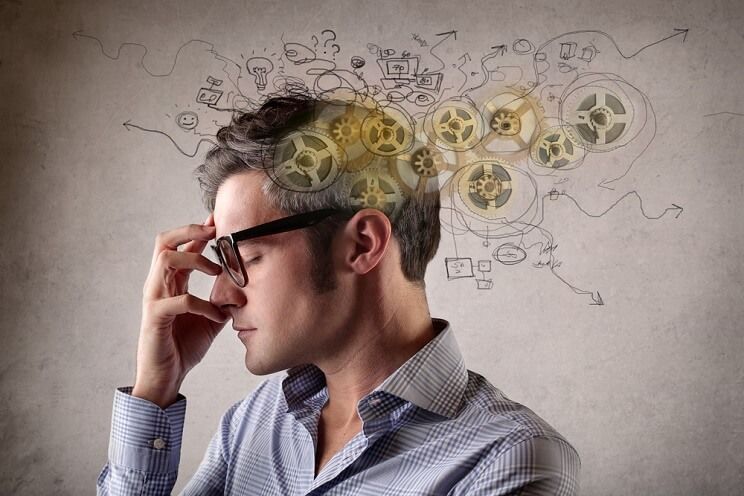 If you’re looking to improve your brain function, begin by cutting out refined carbohydrates.

Therefore, when you eat foods that send your blood glucose levels soaring high, followed by a sudden crash, your brain is directly impacted. Blood sugar spikes and crashes can promote feelings of confusion, irritability and fogginess as your body tries to normalize such rapid fluctuations

Your brain is made up of 60% fat. A low-fat diet does not help it function!

And while it’s not a specific food, low-fat diets can also impair optimal brain function. This is because your brain is made up of approximately 60% fat In fact, essential fatty acids such as omega-3’s are directly involved in the synthesis and function of brain neurotransmitters. This means that a low intake of essential fatty acids can lead to impaired memory, a low mood and a lack of attentiveness

Gluten, a protein found in grains, is another brain-sabotaging nutrient. Studies show that gluten is linked to brain fog and impaired cognitive function. As a common food sensitivity that promotes inflammation in the body, gluten has been shown to cause symptoms such as anxiety, depression and even schizophrenia in the central nervous system

In addition to gluten, it should also be mentioned that any food sensitivity may impair cognitive functioN. So, if you feel “fuzzy” on a regular basis, getting tested for food sensitivities or allergies may offer insight to your symptoms.

You can get tested for food sensitivities with an IgG food intolerance test at a Naturopathic clinic. Following an elimination administered by a qualified healthcare practitioner can also help discover underlying sensitivities.

Now that you know which dietary factors can prevent your brain from functioning optimally, let’s take a look at the best foods for improving brain function. 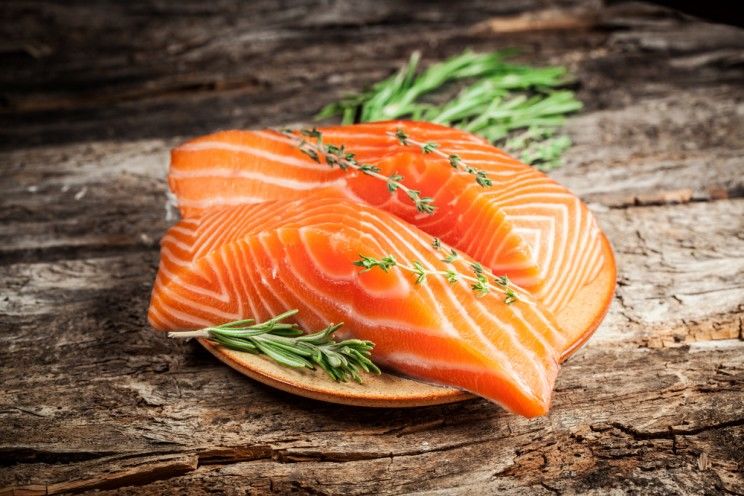 DHA is directly linked to brain development and memory. In fact, studies have shown that DHA is so critical to brain function that babies who receive a lack of omega-3’s from their mothers during pregnancy are at a greater risk for developing nerve and vision problems

Important Note: Wild fish such as salmon, sardines and mackerel are recommended over other varieties of fish such as tuna and tilapia because they’re higher in omega-3’s and less likely to absorb high levels of environmental toxins

Wild salmon, sardines and mackerel are great for brain development and memory.

Since most tilapia available to us is farmed, they are lower in omega-3 essential fatty acids. This is because farmed tilapia is usually fed a corn and soy diet, which are two foods that promote inflammation . However, wild tilapia are shown to be higher in omega-3’s  If you do prefer to include tilapia in your diet once in awhile.

Lastly, always choose wild salmon over farmed salmon whenever possible. Farmed salmon has been shown to be contaminated with up to ten times more toxic environmental pollutants than wild salmon 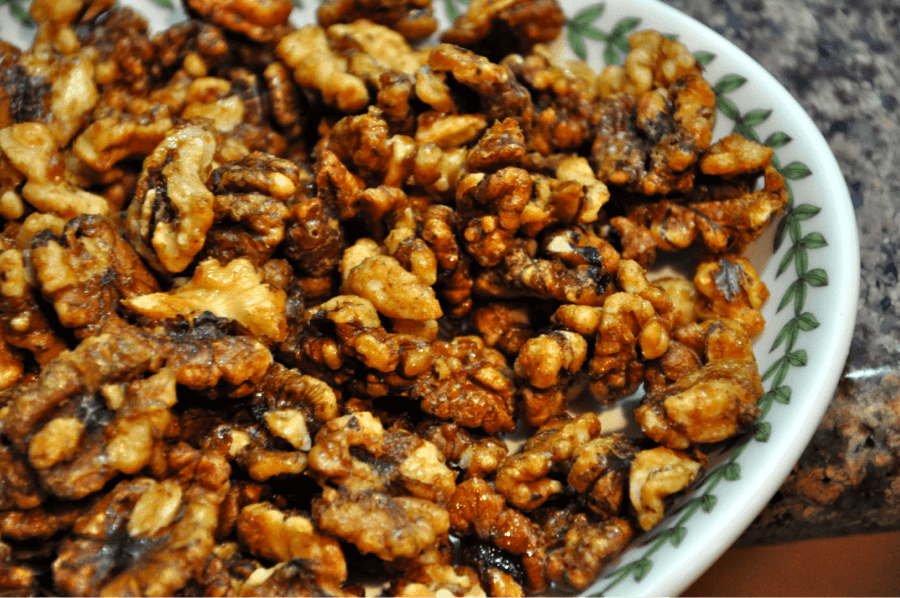 Walnuts are high in omega-3 essential fatty acids, which, as you now know, are mandatory for healthy cognitive function. Walnuts also contain several different antioxidants, such as polyphenols. Polyphenols can help boost brain function because they help disarm free radicals in the body, which have been shown to destroy brain cells

Since walnuts are an easy grab-n-go snack, they’re the perfect brain-boosting food to keep at your desk or take with you on the road. Maple Roasted Walnuts, anyone? 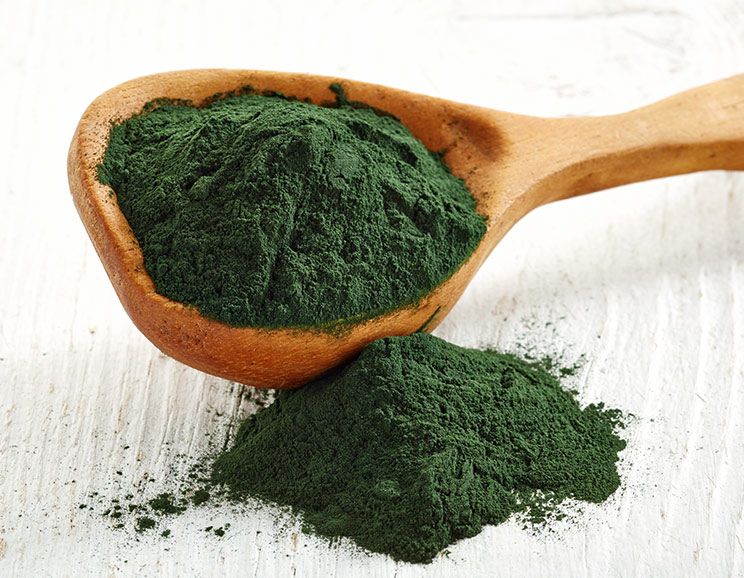 Chlorella is a green algae that can help boost brain power, thanks to a unique nutrient it contains called Chlorella Growth Factor, or CGF.

As suggested by the name, CGF can only be found in chlorella. And the reason why Chlorella Growth Factor can help improve brain function is because it contains the nucleic acids RNA and DNA.

RNA and DNA have many roles—but most importantly, they help the brain synthesize the proteins that regulate every biological function in our bodies. This includes the growth and development of our brains as well as how we move, think, behave and feel

You can take chlorella as a nutritional supplement, or add chlorella powder or granules to your smoothies and green juices. 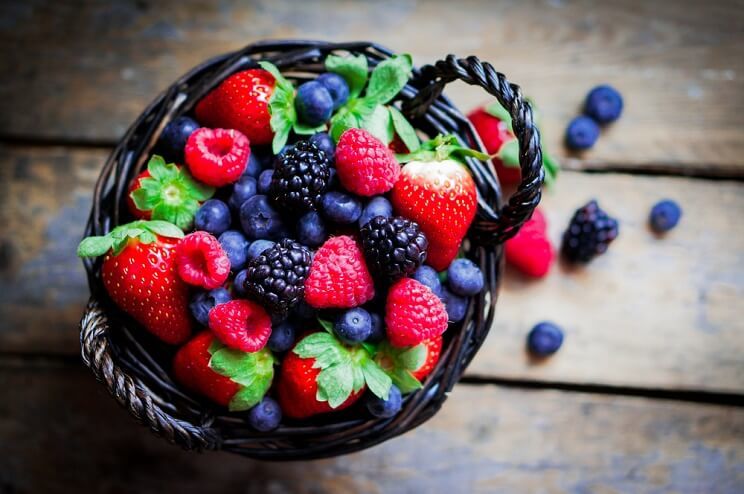 Blackberries, goji berries, blueberries, acai berries—any type of berry is beneficial for brain function. This is because berries are a rich source of antioxidant vitamins, such as vitamin C

Vitamin C has been shown to help reduce the oxidative stress caused by toxins that can damage brain cells. In fact, the antioxidant activity in berries has also been shown to reduce and prevent symptoms of neurological diseases, such as Alzheimer’s disease 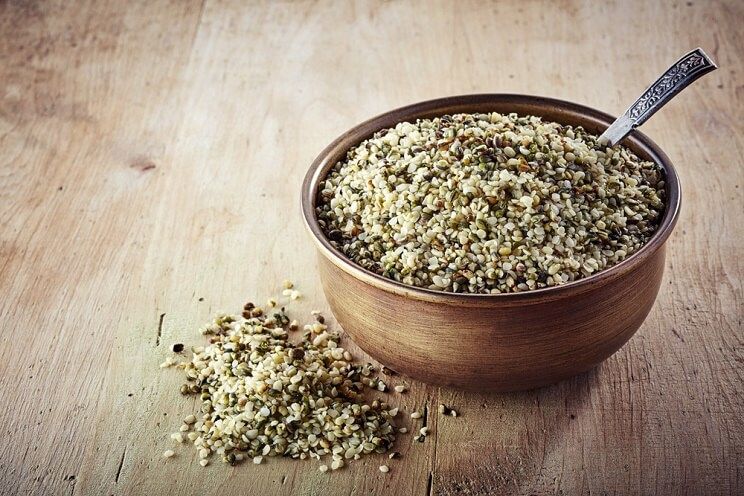 Often referred to as “hemp hearts,” hemp seeds originate from the same cannabis plant as marijuana, but contain very low levels of THC—the psychoactive chemical responsible for the marijuana high. Instead, hemp seeds are a great source of essential nutrients such as protein and fiber, which help balance blood sugar levels to maintain healthy cognitive function. 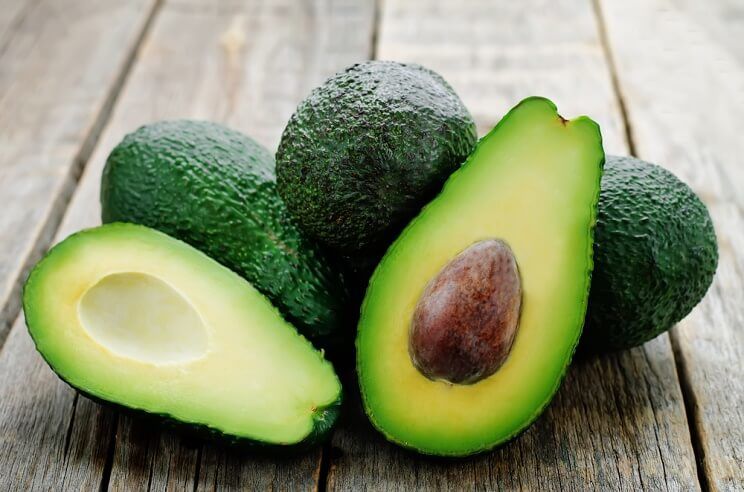 Avocados contain a compound called choline, which is a precursor to the neurotransmitter, acetylcholin Acetylcholine, which helps control nerve and memory function, makes up part of our central nervous system 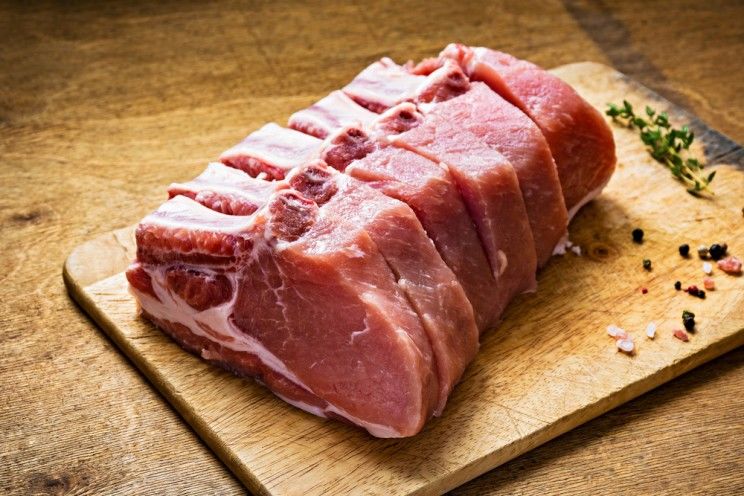 Grass-fed meat is a main component of the Paleo diet because it’s significantly higher in nutrients and lower in toxins than factory-farmed meat (plus, many agree it tastes better). This is because a grass-fed diet provides animals with EPA and DHA, two omega-3 essential fatty acids, while a corn and grain diet does not

Only grass-fed beef (not grain-fed!) has essential fatty acids needed for brain health.

Furthermore, grass-fed beef is one of the best sources of CLA, or conjugated linoleic acid, which has also been shown to improve brain function

While all varieties of grass-fed meat will contain omega-3 essential fatty acids that help boost brain function, grass-fed beef is a particularly beneficial as a brain food because it’s also rich in iron. Iron helps transport oxygen-rich blood to your brain, which is absolutely critical for cognitive function 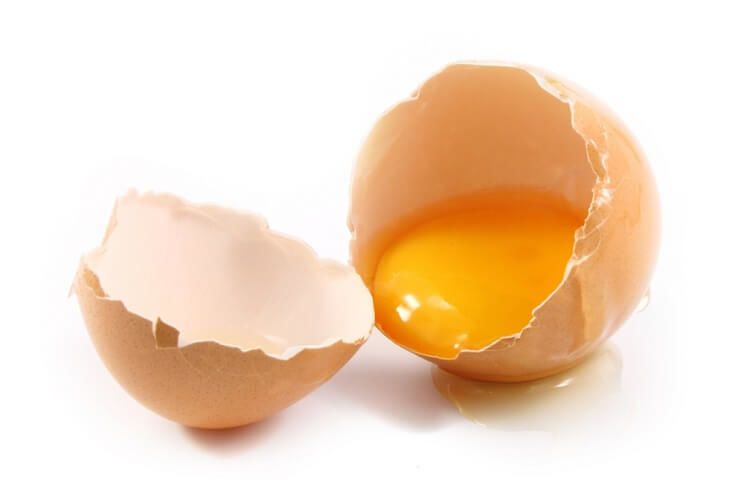 Egg yolks are a rich source of choline, a nutrient that’s often grouped with B vitamins. Choline is one of the most important nutrients for brain function because it’s a precursor to acetylcholine  And as mentioned above, acetylcholine is a neurotransmitter that regulates cognitive function.

In fact, low levels of choline have been linked to the development of neurodegenerative diseases  So if you only eat the egg whites, do your brain a favor and eat the yolk. 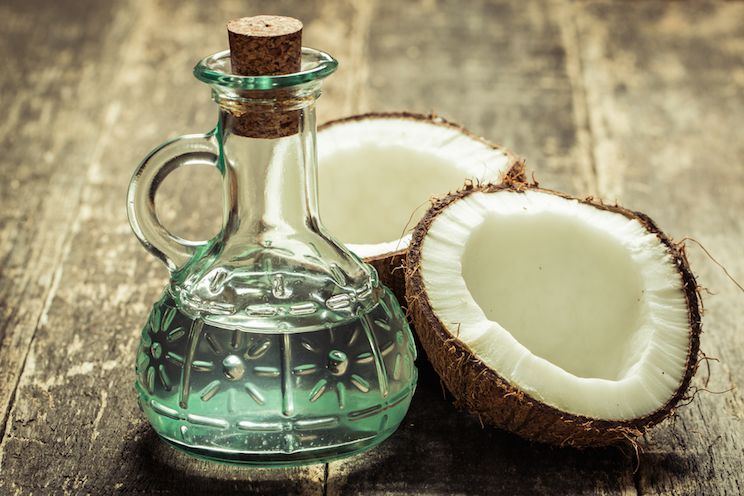 Coconut oil’s role in brain function has most recently been studied for reducing symptoms of Alzheimer’s disease  While there’s limited research, it’s suggested that the medium chain triglycerides (MCT’s) found in coconut oil are responsible for improving cognitive function

As a stable saturated fat, coconut oil is safe to cook with at high temperatures. It can also be used as a replacement to butter or shortening in baking recipes. If you drink coffee, you may enjoy adding 1 tablespoon of coconut oil to your coffee, which promotes cognitive function and all-day energy without the caffeine crash. (You can learn more about how to make your coffee healthier right here.) 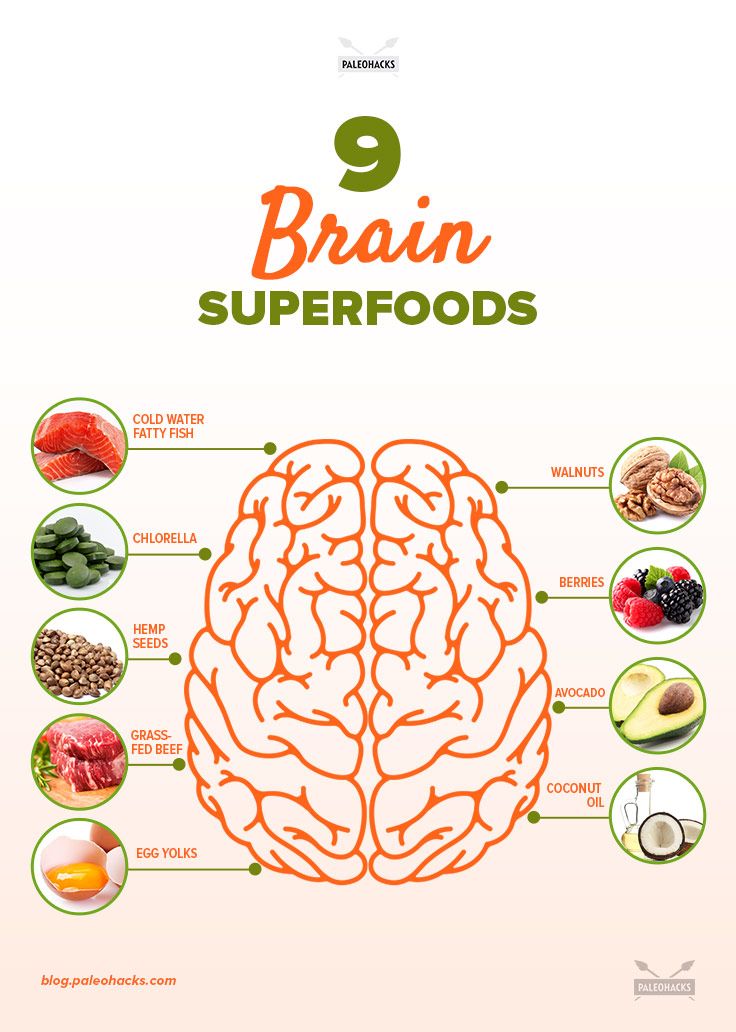 As you can see, with the absence of refined sugar and gluten, and an abundance of brain-boosting foods such healthy fats and antioxidants, adopting a Paleo diet is one of the best ways to naturally boost your cognitive function.

And not only does improving your cognitive health with essential nutrients reduce your risk of neurodegenerative diseases, but it also provides you with increased mental stamina to create more success and fulfillment in your life.